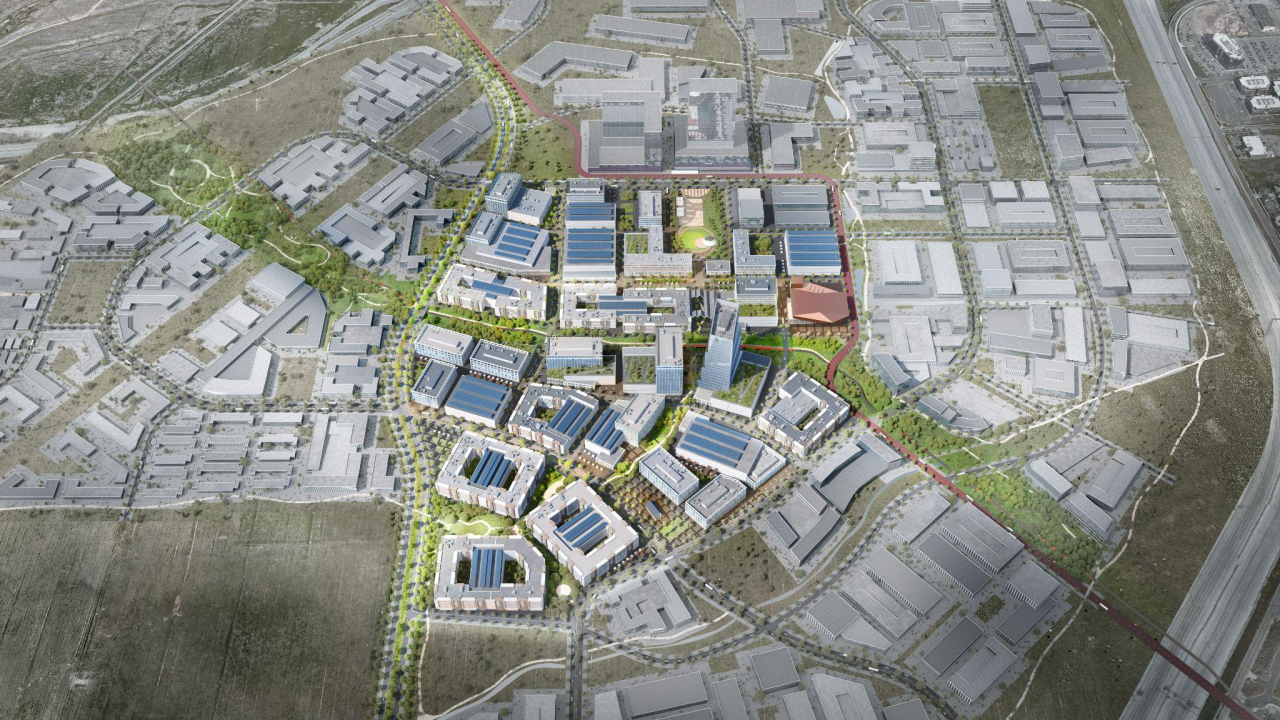 The Land Authority has released the phase I development plans that reflect what Utahns want at the site. Located at the heart of The Point, the first phase of development encompasses approximately 100 acres, which is one sixth of the overall site.

As a refinement of the publicly supported Framework Plan, the first phase of development will foster a vibrant, mixed-use community that significantly reduces water and resource use, creates thousands of high-quality jobs, and catalyzes cutting-edge innovation.

Plans include world-class retail, shopping and entertainment venues, a people-focused main street with biking, walking and transit options called “The Promenade,” and a place for The Point Innovation District efforts dubbed “Innovation Row.”

Development plans also include critical backbone infrastructure that will quite literally lay the groundwork for future development. Major infrastructure projects will extend Porter Rockwell Boulevard and planned transit service through the site, and construct most of the “River-to-Range” regional trail and public open space system.