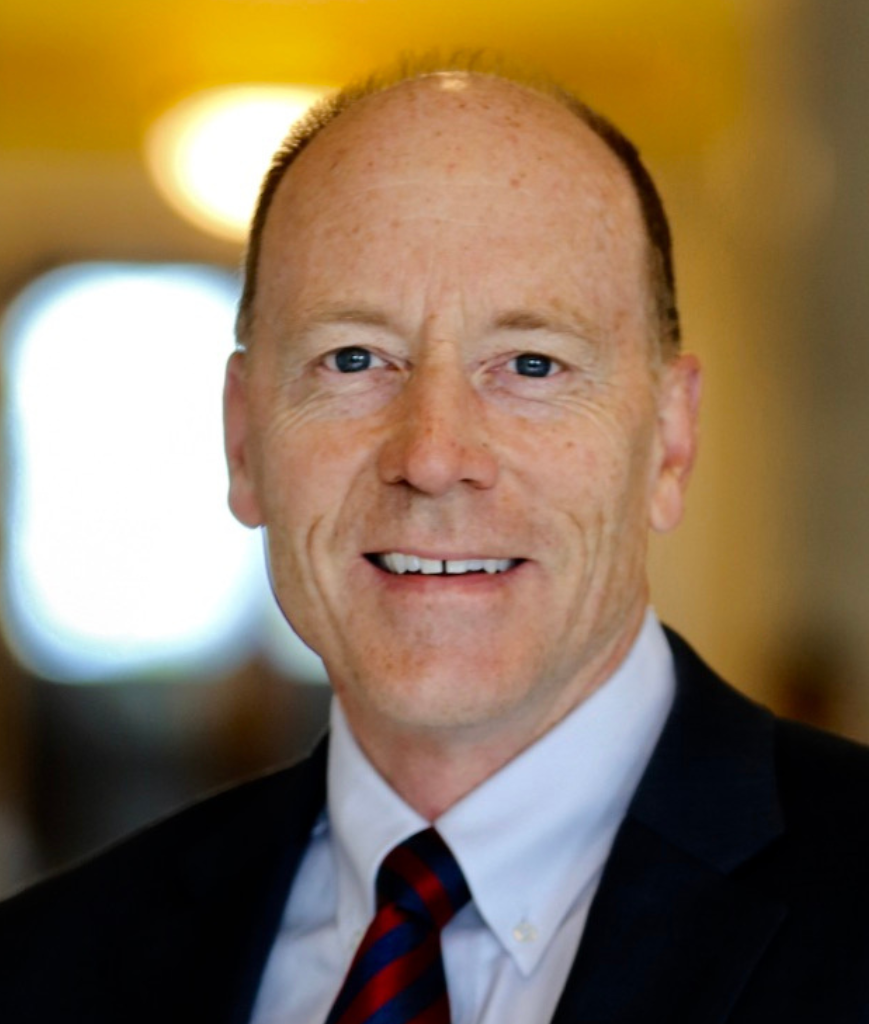 Alan Matheson is the executive director of The Point of the Mountain State Land Authority. He is charged with preparing for and overseeing the development of nearly 600 acres of state land called The Point. Matheson previously served the State of Utah as Executive Director of the Utah Department of Environmental Quality, Senior Environmental Policy Advisor to Governor Gary R. Herbert, and State Planning Coordinator.

Before joining state employment, Matheson worked in the private sector focusing on regional planning and law, serving as Executive Director of Envision Utah, founding Director of the Utah Water Project, shareholder in a Phoenix law firm, Senior Attorney and Environmental Policy Advisor for Arizona’s largest electric utility, and law clerk for a federal Court of Appeals judge. Matheson holds an A.B. in International Relations from Stanford University and a J.D. from the UCLA School of Law, where he was an editor of the UCLA Law Review. He has served on dozens of community and state boards and has consulted with several regions around the country on strategies to address the challenges of growth. 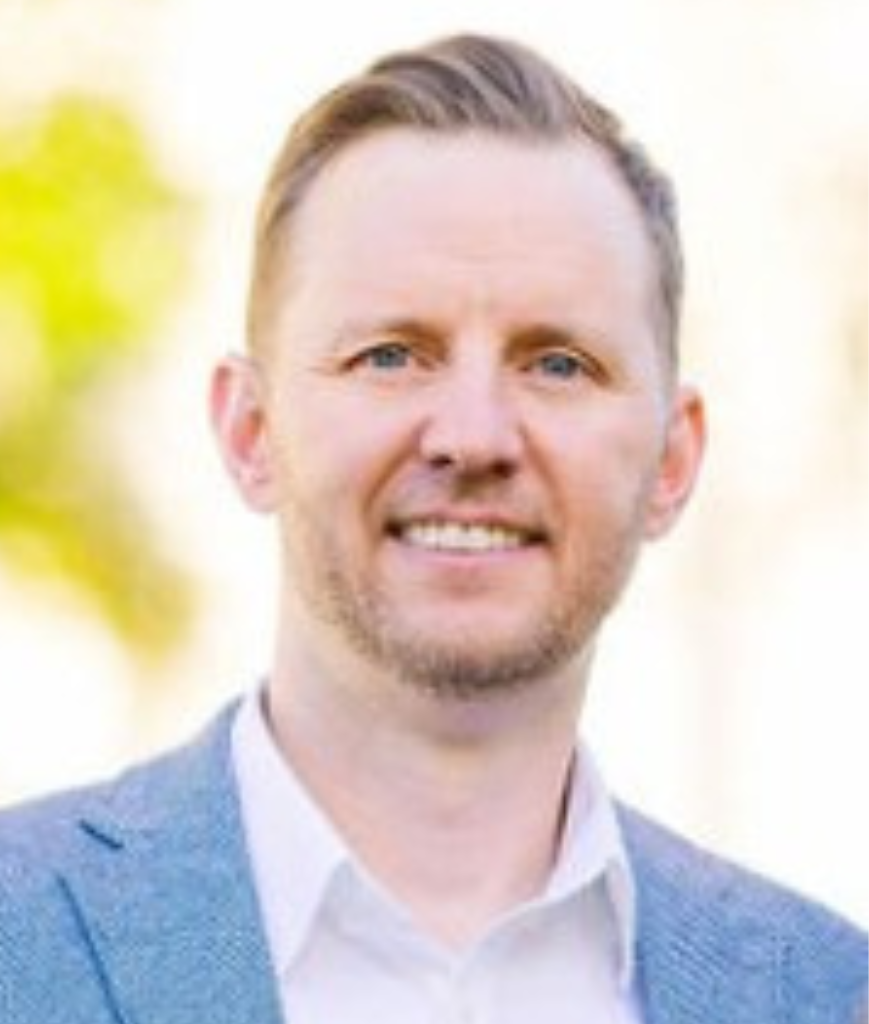 Scott Cuthbertson is the COO & deputy executive director of The Point of the Mountain State Land Authority. He is responsible for heading all operational aspects of The Point. Cuthbertson comes from the management consulting industry where he was a director in PricewaterhouseCoopers capital projects and infrastructure group and a senior consultant at Booz Allen.

While in the private sector, Cuthbertson specialized in the management of major capital investment programs as advisor to institutional investors, multi-national developers, Fortune 5 technology firms and public sector agencies on projects as large as $25B USD. His work spanned North and South America, Europe and the Middle East. Cuthbertson received a B.Sc. degree from BYU, a Master’s degree in Real Estate Development from Georgetown University, and an M.Sc. degree from the University of Oxford’s Business School. He has served on multiple boards and is a published thought leader in the field of real estate, infrastructure and smart cities. 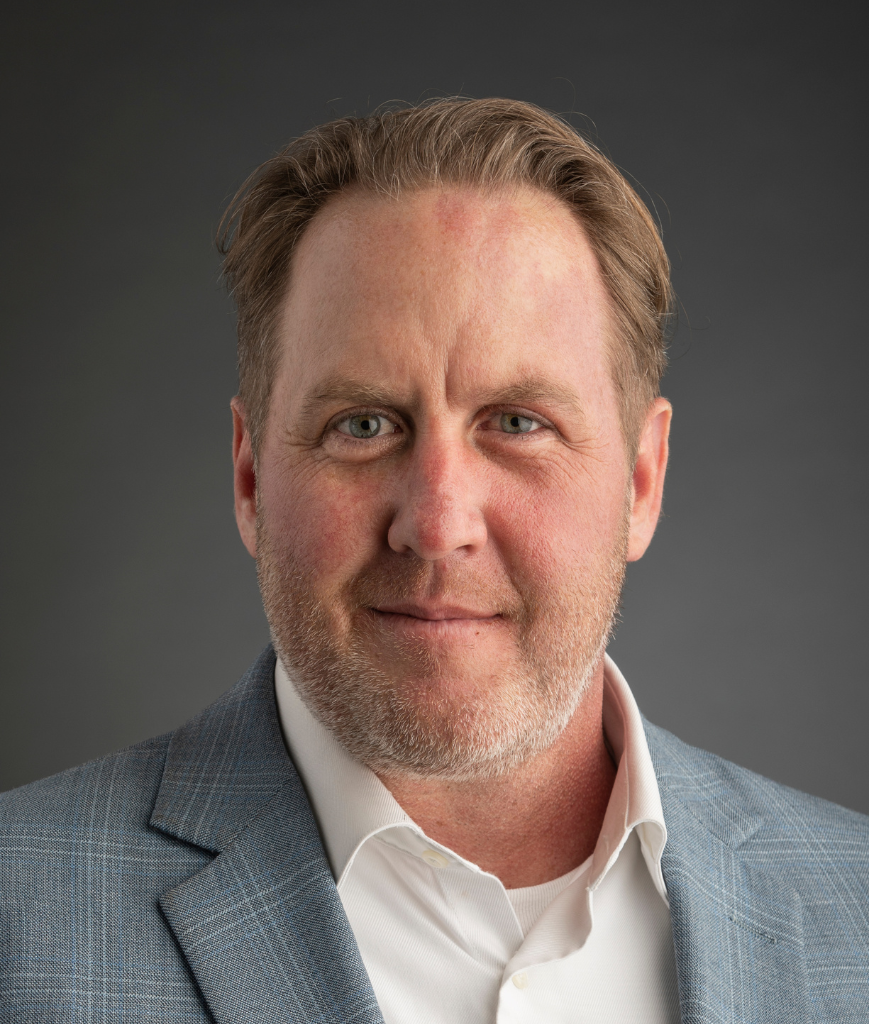 Jefferson Moss is The Point’s Innovation District Project Director. In this capacity, he leads the Utah System of Higher Education‘s involvement in the major economic development efforts at The Point. Moss is responsible for overseeing the strategic initiatives and day-to-day operations at the Innovation District. He will work in close consultation with The Point Executive Director and Operations Director to help implement practical solutions that improve Utahns’ quality of life.

Formerly, Moss served as AVP of central advancement at UVU and the COO for the UVU Foundation. In these positions, he launched the UVU Wolverine Fund, a student-run venture capital fund, and the Excellence and Innovation Initiative. Prior to UVU, Moss served as a wealth strategist at Key Bank and Credit Suisse and launched several successful businesses. He received his Bachelor of Arts in Political Science and Master of Business Administration from Brigham Young University. He currently serves in the Utah House of Representatives and previously served on the Utah State Board of Education and the Saratoga Springs City Council and Planning Commission. Learn more about him and his role at ushe.edu/ushe-staff. 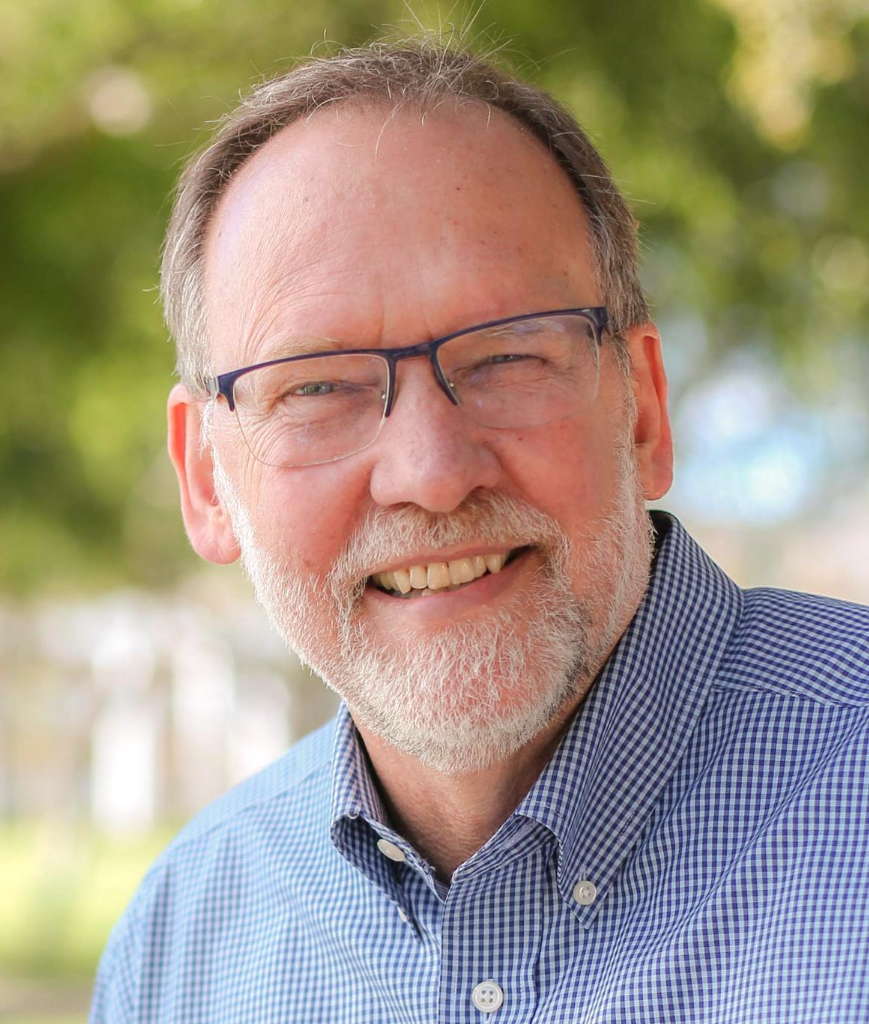 Steven Kellenberg is the planning director for The Point of the Mountain State Land Authority. He oversees planning efforts for The Point. An urban planner and designer with over 40 years of experience in new communities, mixed use town centers, business parks and large-scale development, Kellenberg brings a crucial level of expertise and leadership to The Point. 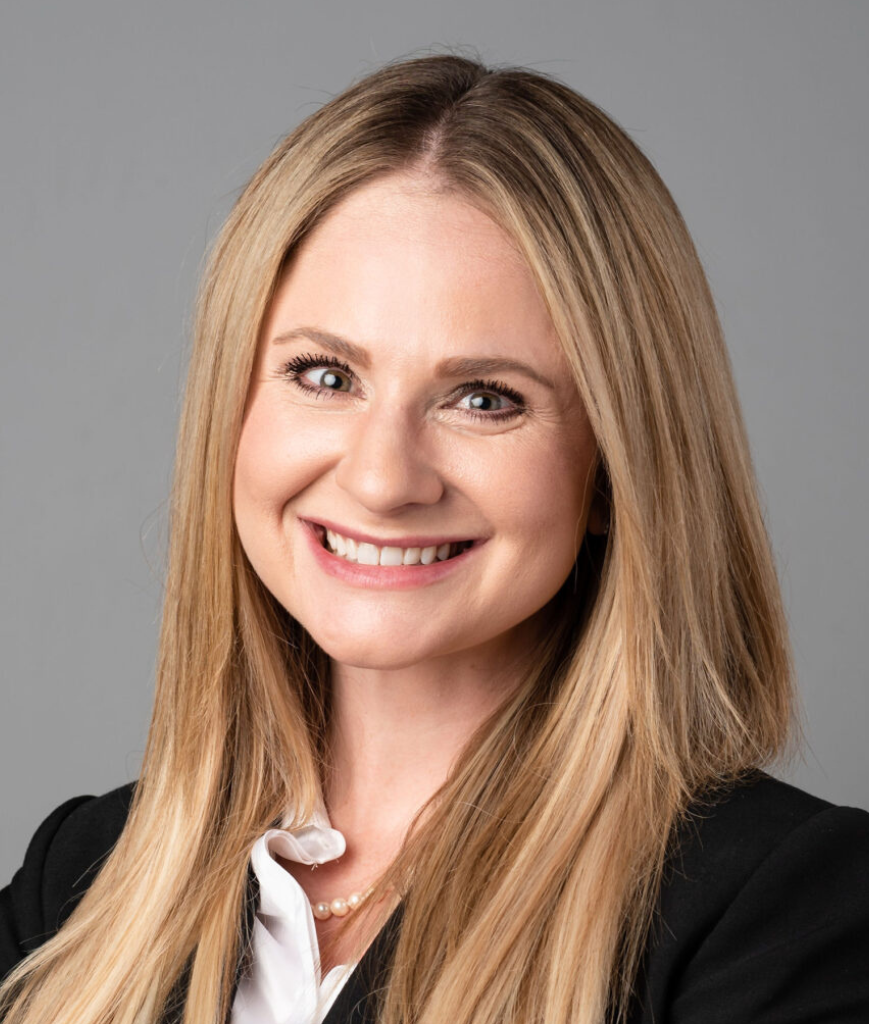 Muriel Xochimitl is the President of X-Factor Strategic Communications, a full-service communications firm specializing in public education campaigns, media relations, stakeholder facilitation and grassroots public involvement. Before founding X-Factor, Muriel served as the Wasatch Front Regional Council (WFRC) communications and government affairs director. In this capacity, Muriel was the liaison on behalf of the organization to federal, state and local elected officials across the Wasatch Front.

Prior to working at WFRC, Muriel served as a communications manager in the Utah Department of Transportation (UDOT) Planning Division. She has also served as UDOT Regional Communications Manager, overseeing the media relations and public involvement on behalf of UDOT for six counties. Muriel has worked as a Project Manager for The Langdon Group, managing the company’s strategic communications efforts in Salt Lake and Utah Counties.

Before moving to Utah, Muriel served in Congress as a staffer for the House Foreign Affairs Committee and worked as a legislative consultant in the travel and tourism industry. She is a contributing writer to Utah Policy, Utah’s premier news source for policymakers, and has served as an Eagle Mountain City Planning Commissioner. She holds a B.A. in political science from Brigham Young University and an M.A. in international development from The Johns Hopkins School for Advanced International Studies. 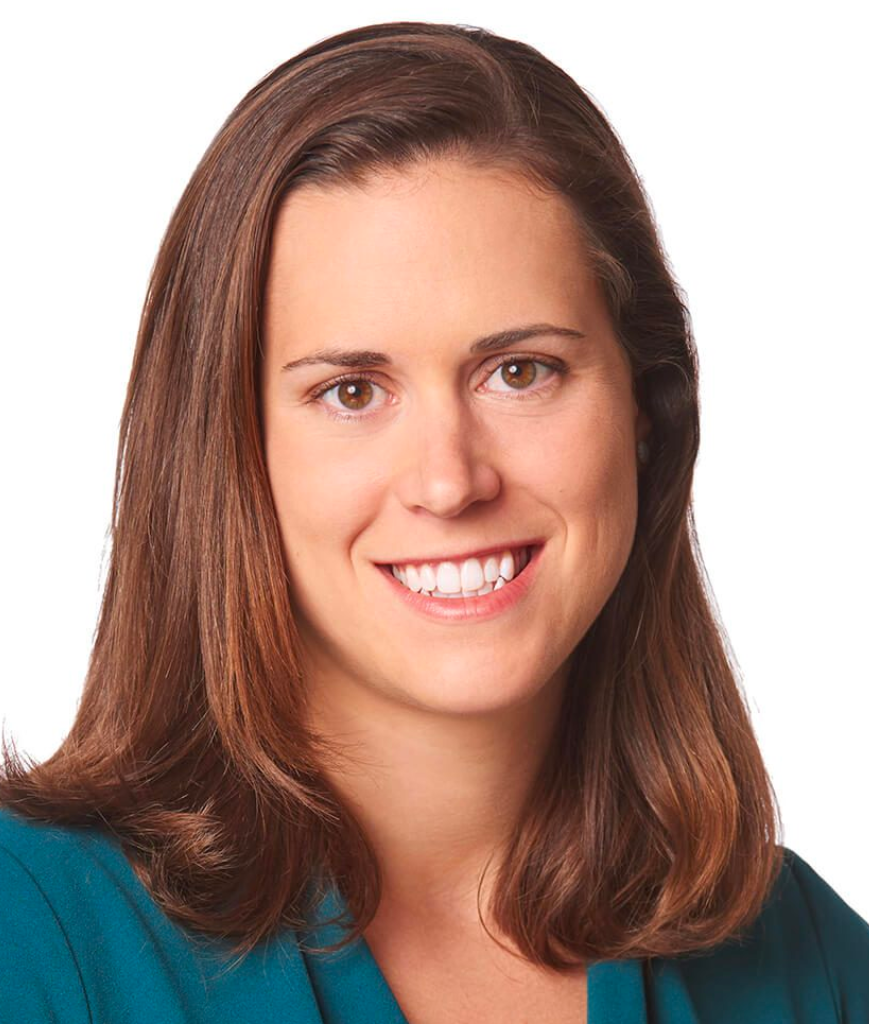 Erin Talkington is a Managing Director based in RCLCO’s Washington, DC office. Since joining the firm in 2010, Erin has engaged with a wide variety of clients in both the public and private sectors to provide market and economic analysis that guides development and planning decisions. Her experience includes highest and best use analysis for large mixed-use sites, downtown and corridor revitalization studies, and regional growth analysis. Applicable to projects of all types and scales, Erin’s strength is her ability to quickly synthesize the key market opportunities and strategic positioning for a particular site and communicate that vision to project team members, clients, and community stakeholders.

She has been part of regional growth and visioning exercises in Utah since 2013 and was part of the Envision Utah team that worked with the State’s development commission to create the vision for The Point of the Mountain area in 2016-2018.

Erin draws upon a broad background in planning and real estate development. Prior to RCLCO, she gained project management experience for The Reinvestment Fund Development Partners and exposure to transportation planning at Kittelson & Associates. She holds a Bachelor of Arts in Architecture from the University of Pennsylvania. Erin is a member of the Urban Land Institute (ULI), and part of the ULI Washington district council’s Advisory Board and ULI’s Technology and Real Estate national product council. 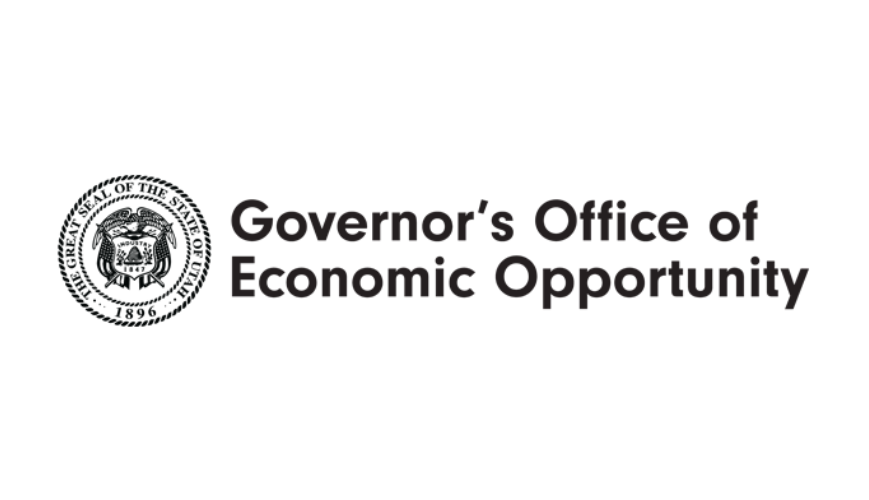 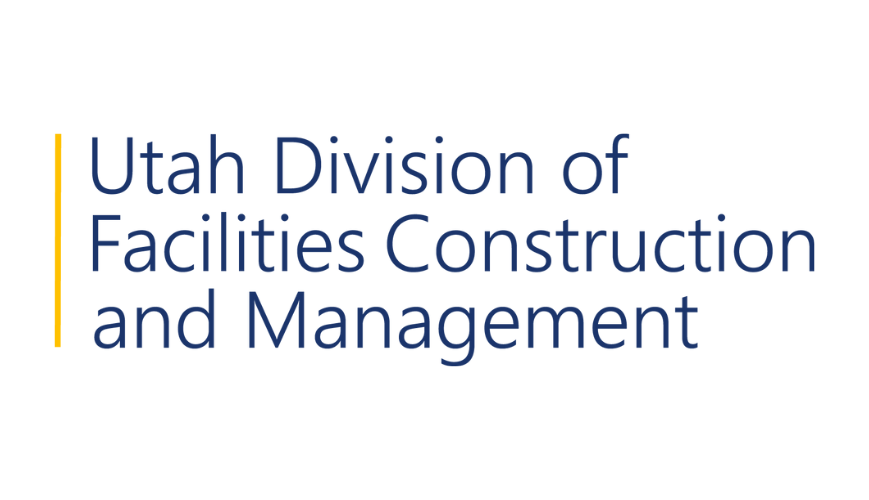 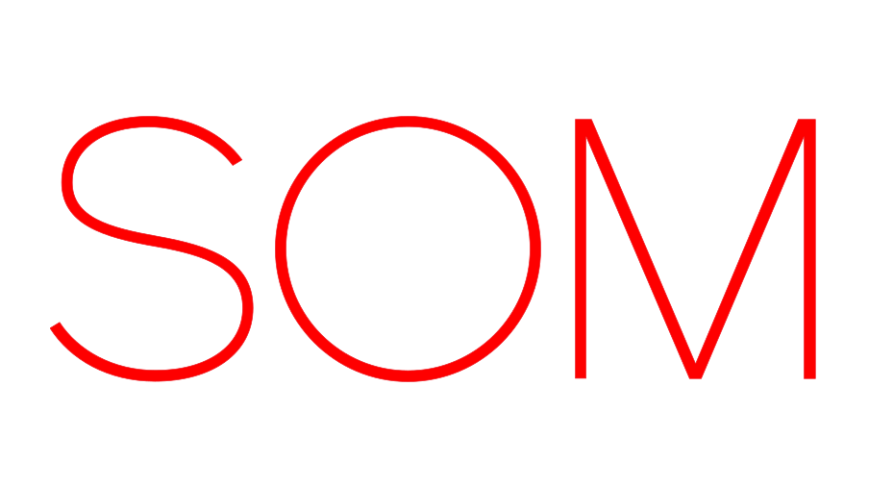 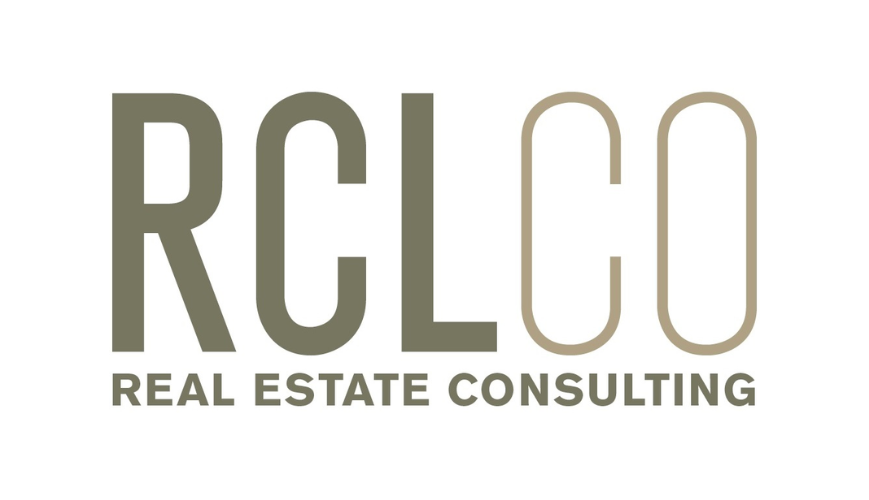 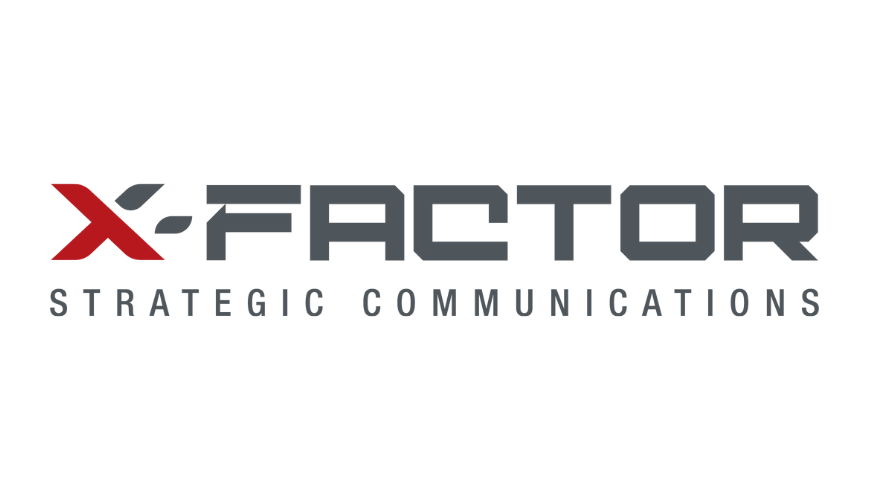 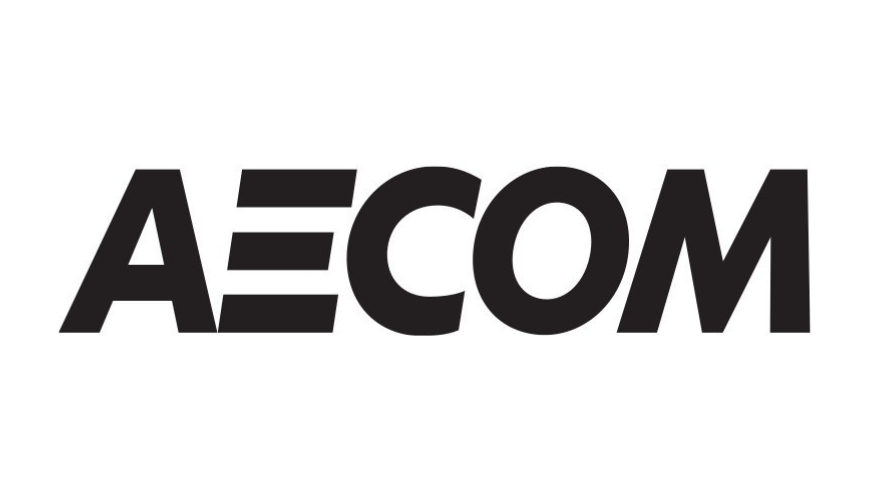 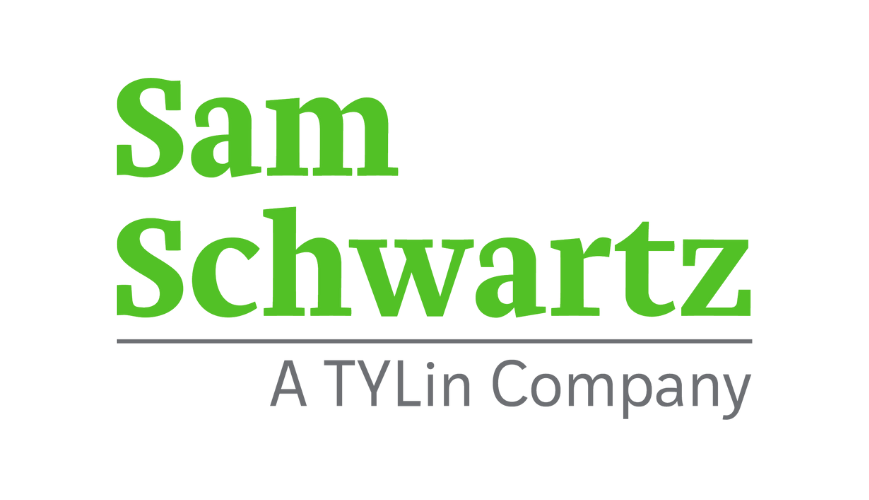 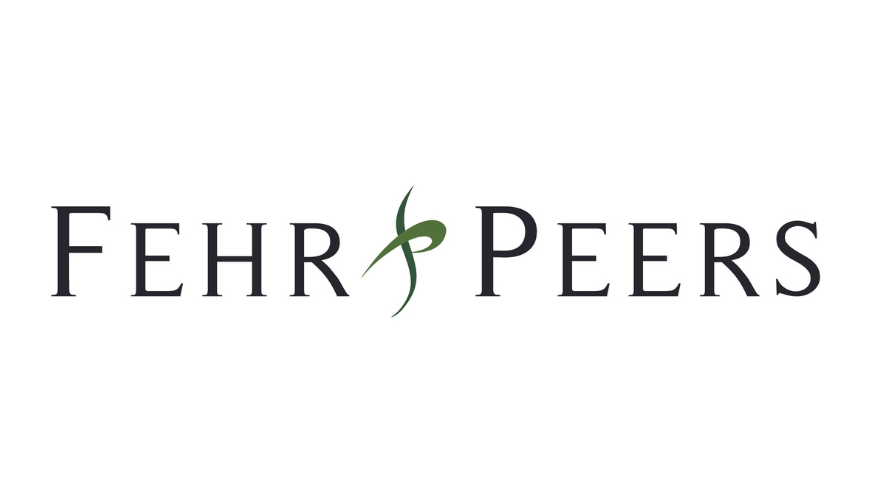 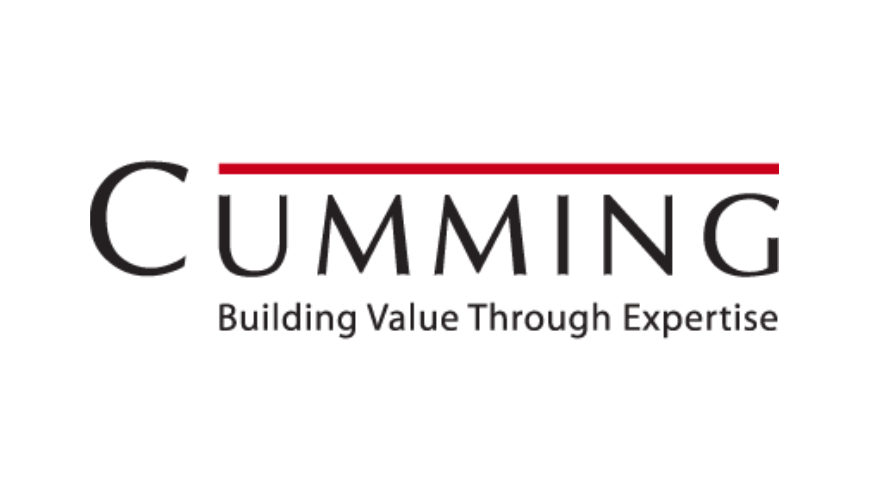 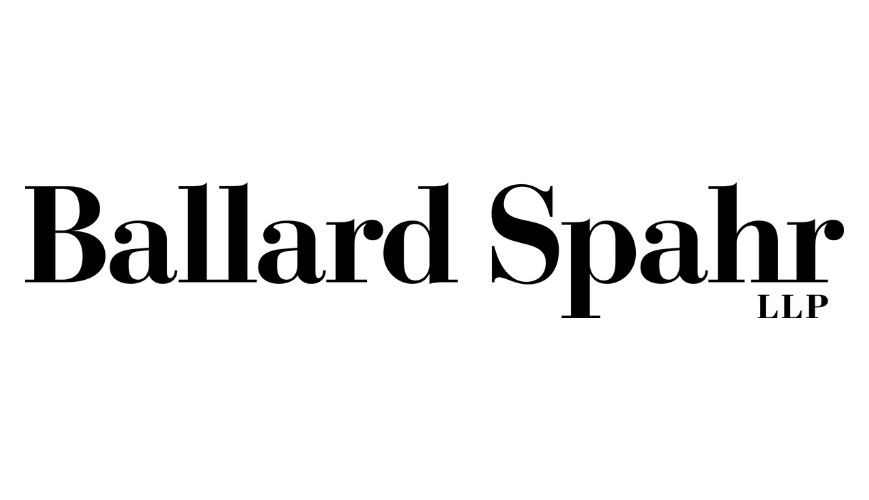 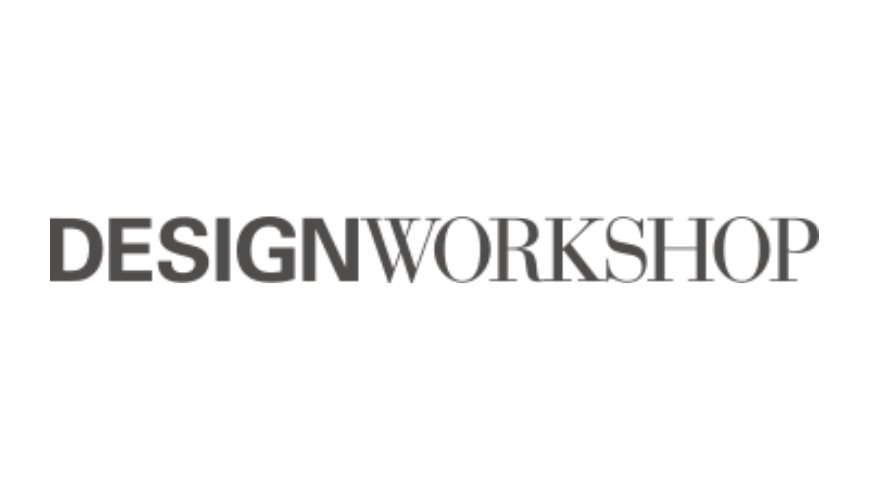 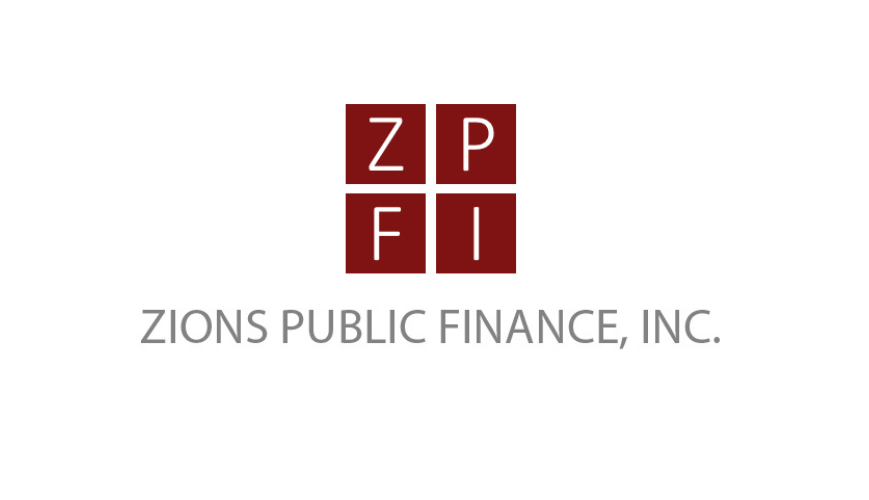 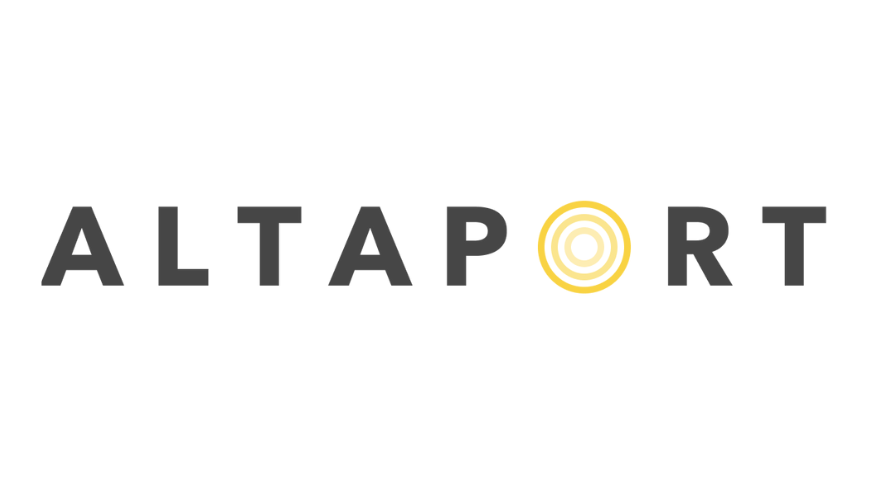